You are here: Home / Legal News / Synthetic Marijuana Is Still Going In 2014

Well readers we have not written about Synthetic Marijuana for awhile, we thought it was time to see what’s happening in 2014, from some of the most respected news sources in Australia. 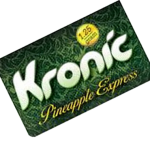 ABC News is reporting that the problem in the Northern territory is growing with fly in fly out workers wanting to use this stuff because apparently it does not show up in drug test 24 hours after using. It appears that the flow on effect in the local communities is causing a problem, much akin to Alcohol and Marijuana use. Please read more here.

In the Cessnock Advertiser NSW police have busted a service station attendant for selling over the account after some members of the local community complained. According to the Advertiser he had about 370 grams of synthetics on him. You can read more here.

The Sydney morning herald talks about how businesses are bypassing each of the synthetic marijuana states laws to supply desperate customers in QLD. It turns out that the products is being sent from Victoria to post boxes near the Queensland border where they are then picked up and driven across. It seems with the differences in laws the distributors won’t send to Queensland but they will send synthetic marijuana to NSW. As it turns out they are still doing quiet some trade in QLD. Read more about this here.

Now previously when synthetics started the original batches (reports were) they did not not seem that bad, but as they disappeared and the new stuff came into the pipe line there started to be some really hard core synthetics, things like, synthetic meth , synthetic coke you name it they are now pretty much synthesizing any drug they can.

We like to keep our readers up to date with what’s happening in Australia so please if you have any other stories you would like us to have a look into please contact us . Or You can sign up to our legal feed .