You are here: Home / Legal News / Dea give approval to synthetic form of marijuana

Some very interesting news comes out the U.S. last week. The day before Thanksgiving, the DEA gave 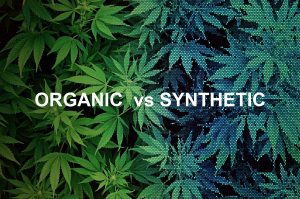 final approval of a synthetic form of marijuana THC (tetrahydrocannabinol). This isn’t the synthetic pot you have been hearing about lately, but a specific form call dronabinol.

Dronabinol is now classed a schedule II substance. This adds it to a list of other drugs that have a high abuse potential, such as oxycodone.

Synthetic pot the down low

Snydros is similar to Marinol, which is another medication derived from marijuana that comes in pill form. However, with Dronabinol being classified as a schedule II substance, Insys Therapeutics find themselves without a competitor when it comes to selling Snydros as the only liquid form on the market. Any synthetic version not sold as Syndros is still considered a schedule I subsatnce.

“It should be noted as a preliminary matter that any form of dronabinol other than in an FDA-approved drug product remains a schedule I controlled substance, and those who handle such material remain subject to the regulatory controls, and administrative, civil, and criminal sanctions, applicable to schedule I controlled substances set forth in the CSA (Controlled Substance Act) and DEA regulations,” the DEA said.

This is a somewhat ironic and hypocritical stance for the DEA to take, considering that this new synthetic form of marijuana, exclusively sold by Insys Therapeutics, can be legally prescribed throughout the country, while real marijuana is still considered a dangerous schedule I substance in many states.

” Insys Thereapeutics drew the ire of marijuana advocates last year when it donated $500,000 to a campaign against the legalization of marijuana in Arizona.
The company is worried about the medical use of “natural cannabis,” but has petitioned the DEA to reschedule another synthetic cannabidiol (CBD) that is derived from marijuana from Schedule I to Schedule IV.”

With more studies being done on the medical uses and benefits of marijuana, more and more of these synthetic products will come to the market in the hope of turning a profit. Source. Want to add contact us.