You are here: Home / Sextoy News / Satisfyer Pro 2 Is The Best Recharegable Clitoral Stimulator To Date

Sex has evolved a lot over the past few centuries. No, human needs haven’t changed, but how we have sex has evolved as we have grown socially and culturally.

In the 1800’s, Sigmund Freud (of course) argued that clitoral orgasms were a sign of mental illness, and that the clitoris was a direct cause of lesbianism.

Basically, we have learnt a lot since then.

One thing we have learned is that the ladies love pleasure just as much as the next guy. We have also learnt some of the best ways to stimulate a lady to an orgasm, one of which being clitoral stimulation. Ladies love sex just as much as guys.

There’s a toy out there for every erogenous area of a ladies body, but the toys that sell the best are the ones that specialise in clitoral stimulation.

There are some amazing clitoral stimulators on the market, but there is a clear favourite: The Satisfyer Pro 2.

There are other products on the market that do the same thing, like the womaniser, but they cost 3 times as much. Buying a Satisfy Pro 2 is like buying a product from the wholesaler, while buying the other more expensive products is like buying it from the retailer. Same product, different price.

The Satisfyer Pro 2 does everything that would have got you diagnosed as insane a few centuries a go…it stimulates the clitoris to the point of orgasm.

The Satisfyer Pro 2 uses sophisticated vibrational technology to stimulate clitoris directly. It uses this smart tech to create an area of negative pressure, giving ladies the distinct feeling of suction. With powerful vibrational energy and suction, she wont be able to help but inform the neighbourhood of her newfound insanity.

If you want a product that is waterproof, whisper quiet, and fully rechargeable, then you want the Satisfyer Pro 2.

Grab a product for your shelves that will not only sell well, but will also make your customers extremely happy that experimented with clitoral stiulation. 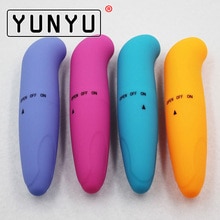