Being 2016 we all know business is tough not just the Adult Business but all businesses, the thing is there are 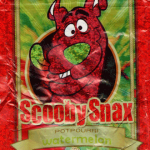 some things that just shouldn’t be sold. One of these things is Synthetic marijuana it’s a little dangerous, and has been proven to cause all sorts of episodes and damage.
Now the Authorities are really getting involved in trying to stop the spread of this terrible product. Yes it is true that adult businesses and some tobacco shops are making small fortunes selling this but sadly this is just making the problem bigger.

The reason they take the chance is because, they try to justify selling it because the dealers are telling them its all natural and legal. The reason its legal is because its not illegal, a big difference. So if you as an adult business still believe that the dealers that sell this to you are telling the truth, well they aren’t.
Synthetic marijuana Bust

“Cement mixers in backyard drug labs are being used to make synthetic marijuana on sale at Queensland shops, police say. Ten homes and business in Brisbane, Rockhampton and the Gold Coast were raided on Monday and Tuesday.” march 2016 story in the Brisbane times

“A NEW and potentially dangerous batch of synthetic cannabis has cropped up at sex shops across Melbourne’s southeast, just two months after they were raided by police. In December, a $45,000 haul was seized from two adult stores in Moorabbin.” Read the story at hearald sun

“Three women have been charged following an investigation into the sale of synthetic drugs through tobacco shops, adult shops and alternative herbal outlets in Mackay and Bowen.In early March, following confirmation an adult shop in Mackay was selling classified synthetic drugs, police executed a search warrant at the shop as well as a residential address in North Mackay. Read more at Mygcc

As a business just do normal adult and stay away from this poison.